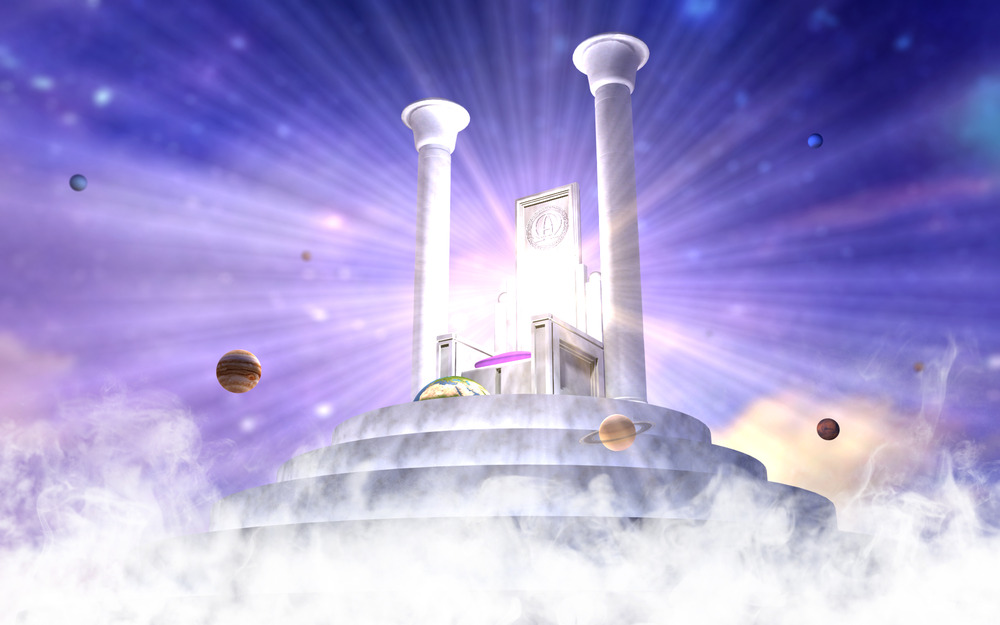 The Great King of many nations wished to experience the life and reality of  His subjects, but in order to FULLY immerse Himself in the experience, He had to FORGET who He was.

There were many nations and people in His kingdom, but he chose only one as His favourite; we will call them The Favoured Nation.
Besides the Favoured Nation, there were two more nations among the many that are worth mentioning: The Blue Nation, which was physically the strongest, and the Brown Nation, which was created at a later time by a charismatic leader who brought together many nomads from the kingdom under the flag of a new religion.

In preparation for his subjects to be without a King, He introduced many new laws and commandments to set a clear path for the future of his subjects of which He was going to be a part.
He also recited a poem called “Listen the heavens and the earth,” which would serve as a reminder for the end of days.
Before leaving, He planted a hidden trigger in the form of knowledge known only to Him and arranged it in such a way that when His subjects arrive at a certain point in the future and become wise enough to discover it, they would immediately remember Who they are and so would He.
When everything was done to his satisfaction, the King hid his face, dressed like one of the peasants, and joined his Favoured-Nation.
He lived there for many years, changing his appearance in every generation to experience all the different aspects of his subjects’ lives.

As they perpetrated this lie throughout the land, the Blue-Nation ruled the kingdom for a long time. All the while, they did everything in their power to erase and eliminate the Favoured-Nation’s people from under the sun, unaware the King was One of them…

They destroyed their land, burned down the Holy Temple built for the King, killed many, and exiled the remaining, selling many of them as slaves in their markets. They did this for no good reason except jealousy, hatred, and the denial of the Favoured-Nation’s status, which they now claimed for themselves.

This went on for very many years. They tortured and butchered the surviving people of the Favoured Nation who now lived amongst them. They did not allow them to own any land or property while trying very hard to convert them to be loyal to the new false king and the bloodied “holy” symbol.

They built a temple dedicated to their new religion on the ruins of the original temple, which the Blue-Nation had earlier destroyed.

All the while, the King suffered with his people and endured everything as one of them unaware of who He was.
By now, only a small number of the Favoured-Nation’s people miraculously survived all the atrocities of the Blue and Brown nations.

Many years after the King disguised himself as one of his Favoured-Nation subjects and hence experienced all the despicable atrocities, one of his subjects, a wise man from the Favoured Nation, discovered the secret knowledge that the King in plain sight hid before He went into hiding. After seeing and experiencing so much suffering and terrible deeds under the people of the Blue-nation and later the Brown-Nation, He was almost ready to fulfill his old promises written in the ancient poem called “Listen the heavens and the earth” that was given to the Favoured Nation and make the soulless people who committed those atrocities pay for what they have done. Sadly, even now, after so many years, they do not feel remorse for their evil deeds…
Now that He remembered who He was, He decided to establish a new Kingdom based on very different laws and rules, and only the people capable of living under such a system will prevail.

And this is where we are today, at the end of the beginning.